Busy, busy, busy, my life for the past 12 months.  Being full time on a project running 3D MEPFP coordination, an extremely fast paced project, really keeps a person away from things like a blog :)

But, something good will hopefully come out of it!  This is where you come in.  With the work I've been doing, I submitted a class to to present at Autodesk University 2018 this coming November (2018) in Las Vegas (USA).

To vote for my class, click this link:
http://au.autodesk.com/speaker-resource-center/call-for-proposals/voting

When you get to the page, search for "baseball" (yes, baseball, you'll see why when you see my class details) and you will get directly to my class where you can vote to help get my class selected for AU 2018.

Thank you in advance!
Posted by Dwane Lindsey at 8:58 AM No comments:

Wow, it's been a looooooong time since I've actually posted!

We've been having an issue lately where Navisworks 2017 was crashing when some of our users were using the Update All for Clash Detection.  Tried multiple things, updating graphics card drivers, reinstalling, service packs, nothing worked.  Reached out to Autodesk and got a response that there are some Windows updates that is causing the issue.  Well, today, Autodesk released a KB article outlining what updates are causing the crashing behavior:

The development team is continuing to investigate the cause and will update the above KB article if more Windows updates are causing the crashing to occur.  Hopefully, they come up with a Service Pack or Hotfix that will address the issue so we don't have to continuously check our Windows updates to make sure these listed updates don't get installed.
Posted by Dwane Lindsey at 3:47 PM No comments:

It’s definitely a different world being back in the AEC industry…should be a fun ride!

Posted by Dwane Lindsey at 10:03 AM No comments:

If you haven’t opened up BIM 360 Glue (desktop application) in a few weeks, an update was published and Glue now has a new Measure Tool….Shortest Distance!  This was one of the tools I couldn’t believe Glue didn’t have when I first started working with Glue and coming from using Navisworks.

A much welcomed addition!! 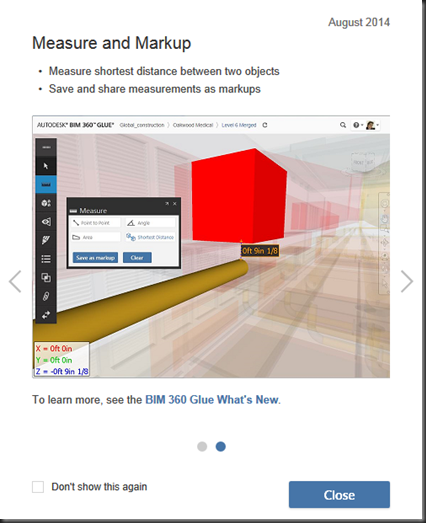 Posted by Dwane Lindsey at 3:49 PM No comments:

Anyway, I won’t be (theoretically) collecting those dollars anymore! The latest update to BIM 360 Glue is the introduction of Clash Status.  You can now mark your clashes to be Open, Ignored or Closed and fixed clashes will now become Resolved instead of being removed.  As for Ignored & Closed status, here’s an explanation from the Help…

Clashes can be marked as "ignored" by the team members working on the merged model. Only admins can "close" clashes, providing a more formal level of control for the VDC/BIM manager. Clash status can be changed back to "open" if needed. Glue recognizes if a clash from a previous version has been fixed. If the clash no longer exists, it will be automatically marked as "resolved." 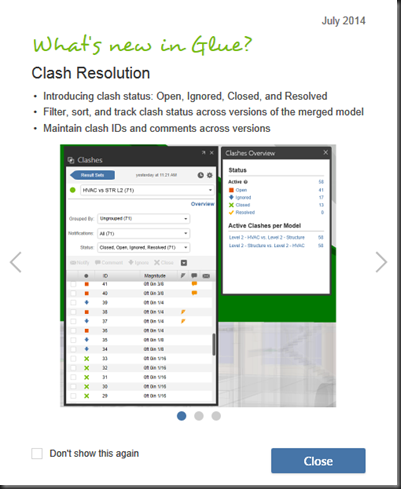 Another update is the ability to add a Markup directly to the Clash.  In the past, you could kind-of do this, but it was held as a Markup outside of the Clashes. Now you can just select a clash and add a Markup to it.  The nice thing about the Markup in Clash is that it also adds a Markup to the Markup “tool”, so even Clash Markups can be viewed with the iPad app!

Note though, if you use the Filtering/Grouping, you can’t add a Markup to the Group, you have to pick individual clashes to add a Markup. 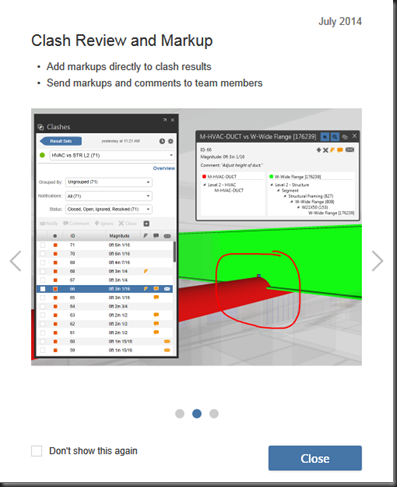 Oh, one more thing….these updates are available to ALL projects, new or old.  Old projects (old meaning before July 11, 2014 basically) will prompt you for an update when you go into your Clash Test.  It does a “one time update” and then you have the new functionality!

Posted by Dwane Lindsey at 3:38 PM No comments: 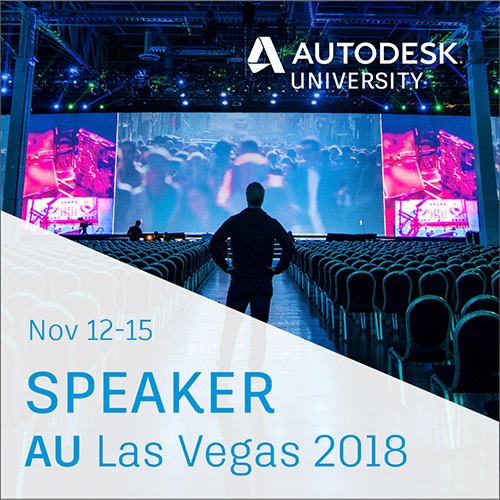 These are my words...

The views and expressions on this blog are solely my own and do not reflect those of my employer, Autodesk or any other company's product I discuss.

Comments are very welcome, but are moderated to remove any spam. I will publish comments as soon as they have been reviewed.

Have a question on something other than a posted topic or would like to see a topic posted, Contact Me.